Supercrumpet said:
Agreed on those changes. And nobody can really argue that people just want a more visible pit lane closure notification because it screwed over Lewis; poor notifications defeat the purpose of closing the pit lane which is a safety issue.

I think the reason why marshals didn't go to him immediately is they didn't want any people or vehicles in the runoff area while there were still cars out on track at speed so there's no chance of another Bianchi-esque incident. Not 100% sure though.
Click to expand...

Yes no way you want a recovery vehicle out there with a hot track. I guess seeing Leclerc with his car buried into the tire wall just drew a gut reaction from me. I'm sure race control heard the pit to car communication & knew he was uninjured. The corner workers are probably required to wait to be told they can approach the stricken car.
2013 GTI DSG

Supercrumpet said:
What's your take on the McLaren road car side of things?
Click to expand...

Keep in mind, I can't afford either and if I could, I'd still take any McLaren over my R haha. I also feel they forced the other supercar brands to step up their game.

But as a non-owner, stories of reliability and issues are tough to ignore, especially when also hear that Ferrari has drastically improved. Also, they tend to depreciate more/faster than their counterparts.

So if I worked hard enough to be able to buy one, I'd put my money on a Ferrari knowing I'd get a more reliable car and one that won't eat up its value in case I sell it to upgrade or such.
2016 Golf R
JB1 with data cable (with approximately 7000kms) will be posted for sale soon. Local to BC, Canada.

Or riddle me this....
Gasly to RP, Albon back to AT and Vettel back to RB!

Side note: I still hope Hulk gets a seat at HAAS if Grosjean leaves the sport.

Of course, perfect time to announce the Aston Martin move, just in time for Ferrari's big celebration for their 1,000 GP lol

At least the cars will look absolutely stunning:

Man, I feel like I'm the only person that just doesn't really like that livery. Too dark. I liked the '08 though. Don't know if it was the lighting but the new suits look even darker. With the gold lettering I get some UPS vibes.

I'm with you Supercrumpet. I'm getting a raspberry ice cream with yellow sprinkles vibe.

I'm hesitant to send Gasly back to RB with Marko admitting that Alex's car isn't equal to Max's. That would set him up for failure again I'd think.
2016 Golf R
JB1 with data cable (with approximately 7000kms) will be posted for sale soon. Local to BC, Canada.

After the Baku road-rage incident, my respect for Seb has gone up. I wish he gets a competitive car this time around regardless of where he goes.
2016 Golf R
JB1 with data cable (with approximately 7000kms) will be posted for sale soon. Local to BC, Canada.

1ashchuckton said:
I guess seeing Leclerc with his car buried into the tire wall just drew a gut reaction from me. I'm sure race control heard the pit to car communication & knew he was uninjured. The corner workers are probably required to wait to be told they can approach the stricken car.
Click to expand...

You and me both man, I was out of my chair and then yelling at the corner workers "Hey, you guys think maybe you should see if he's OK!?!?!!?" But you're right, they had radio communication with him and I am sure the corner workers safety prevents them rushing out unless there's a fire.

At least its glossy and not that ugly matte they are running now... I think it will look much better in the sun, I dont think its far off the 2008 Ferrari Red...

Here it is in similar dark conditions: 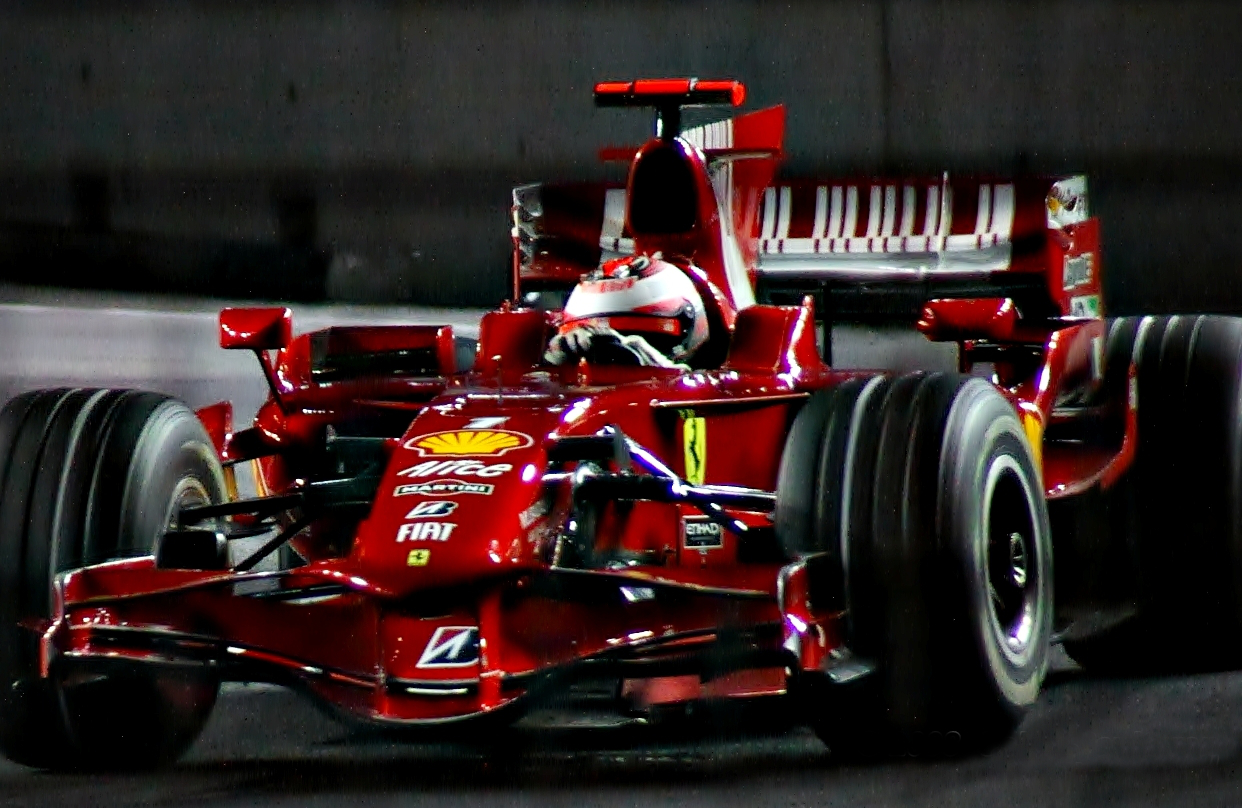 Finally got a chance to watch the GP. I really need to upgrade my F1TV sub -- TV Access makes you wait two days after air to stream.

Really happy for Gasly and it was so satisfying to see him celebrating with the team after he stopped in Parc Fermé, but man Sainz really deserved that win – he was so close. Like he said on the radio while he cross start/finish, "we needed one more lap".
Gasly is a great driver and I know he'll have some great drives in the future, but to be honest, he won mainly because of a solid early pit call (when he pitted for Hards right before first safety car) and he was good enough to stay in front. Neither of them would've had the chance to win if Hamilton didn't have to take that penalty, but Sainz was in P2 behind Hamilton all by himself. He had SUCH a good weekend. But y'know, that's the beauty of this sport; luck is just as important as skill and equipment.

Poor Stroll, no one cared about him. Gasly's first win and Sainz's first P2. Stroll has tripped into P3 before... big deal.


However, was pretty impressive to see Hamilton carve his way back up the field from P17 to P7. That Mercedes car is so not set up to run in traffic -- they're set up to be the absolute fastest and control the race from the front. Say what you will about Hamilton and the Mercedes age, but he has absolutely earned his spot among the likes of Schumacher, Senna, Prost, Clark, Moss, etc.
-- '11 GTI Build Thread --
Major Mods || Engine/Drivetrain: [GIAC Stage 2], APR TBE, APR/034 Dogbone, ARM FMIC, BSH mounts, BSH CAI, DG Sigma 6, Fluidampr, GFB DV+, Neuspeed Pipes, RSR clutch Suspension: FK Streetline-X, Nexen N'Fera AU7, Rotiform RSE, H&R ARB Exterior: R20 tails, Euro chin Interior: RCD330+ || full mod list

torga said:
That Mercedes car is so not set up to run in traffic
Click to expand...

I swear Toto said they addressed the cooling issues from last year.

Maybe they didn’t so Racing Point would copy them for 2021
2016 Golf R
JB1 with data cable (with approximately 7000kms) will be posted for sale soon. Local to BC, Canada.

Maybe they didn’t so Racing Point would copy them for 2021
Click to expand...