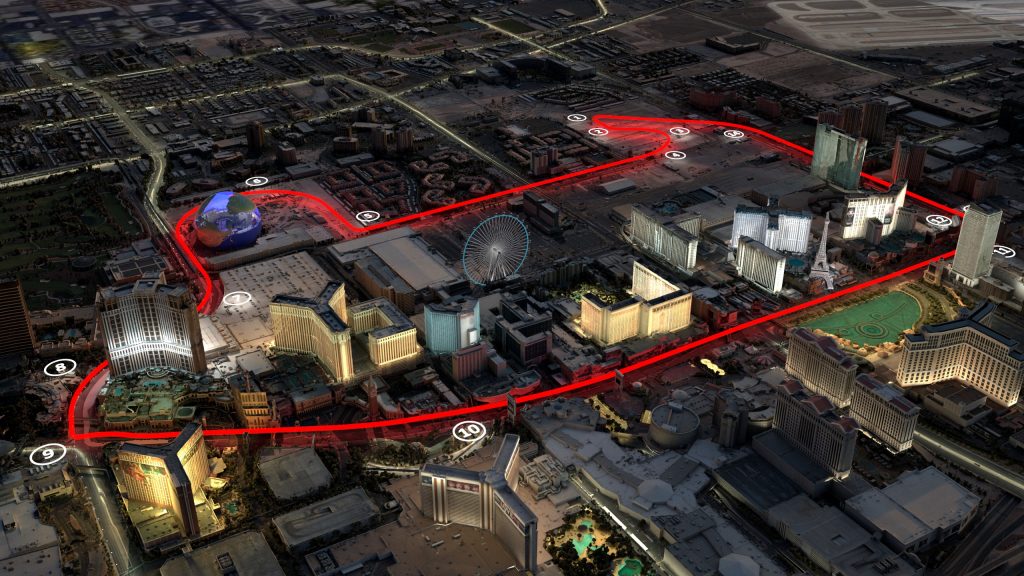 Starting next year, F1 will race around the Vegas strip at night
https://www.formula1.com/en/latest/...t-f1s-newest-race.7HD0mpbF6pjSFsNatKZTwH.html

Las Vegas is back on the Formula 1 calendar, though this time it’s with an exciting street circuit layout that includes the famous Strip, as motorsport meets entertainment for the ultimate spectacle. Here’s what to expect from F1’s latest addition…

After more than 40 years, Formula 1 is heading back to one of the world’s most famous cities – Las Vegas. Last time F1 headed to the Silver City, back in 1981 and 1982, the circuit was built entirely in the car park of the famous Caesars Palace casino.
READ MORE: Las Vegas to host Formula 1 night race from 2023
The circuit was a huge physical challenge, in part because of its anti-clockwise layout and the searing heat. This time, Vegas has gone bigger and better and is taking Formula 1 to its streets – and that includes a 2km stretch of track running down the famous Strip.

Nestled in the Mojave Desert and surrounded by epic mountain ranges, the American resort city will feature a spectacular 6.12km street circuit that weaves its way through the city.
Vegas is no stranger to global events, of course. For years, the world’s biggest names such as Lady Gaga, Adele and Elton John have had long residencies here, while the world’s best chefs have battled for prime location on the Strip to dish up their latest innovative feasts.
The city is home to American Football outfit the Las Vegas Raiders, whose home ground the Allegiant Stadium will host the 2024 Super Bowl too.
And from 2023, it’ll become a fixture on the Formula 1 calendar.


The Las Vegas Grand Prix will be a night race, allowing the city to come alive with its oasis of glittering lights to deliver a visual spectacle.
Every night is party night in Vegas, but Saturday is the showpiece, so it’s fitting that the Grand Prix will uniquely take place then, allowing race goers to watch the world’s best going wheel to wheel before kicking on their night with a visit to a casino, drinks at a rooftop bar or some late-night shopping.
That means everything will happen a day earlier than usual, with qualifying on Friday and practice on Thursday. Expect the drivers to get there early to adjust to the timezone and get some downtime. It’s highly likely you’ll see them on the golf course over at the Wynn, or perhaps out in the desert on some quad bikes.
REVEALED: Check out the Las Vegas Grand Prix circuit’s layout

The race will be an assault on the drivers’ senses, as they blast directly by famous hotels like the Venetian, Caesars Palace and the Bellagio – with its iconic fountain – along the Strip.
At the end of the 2km stretch you’ll find the best overtaking opportunity for drivers, braking hard into a left-hander. There are two other straights, a high-speed corner sequence and a chicane to spice things up.
As you’d expect with a city high in traffic, the roads are bumpy. But ahead of the race, the layout will be resurfaced to iron out those creases. Though it’s a street circuit, and they’ll be racing down one side of the Strip to avoid taking out the central reservation, the track will still be around 12-15m wide, meaning there’ll be plenty of space for cars to get alongside each other in the fight for position.
Designers produced 31 different layout variations before agreeing on the final version – a spectacular 14-turn high-speed design that will have a high average speed and require teams to bring their low downforce Monza/Spa-spec aerodynamic packages. It’s going to be fast and furious. 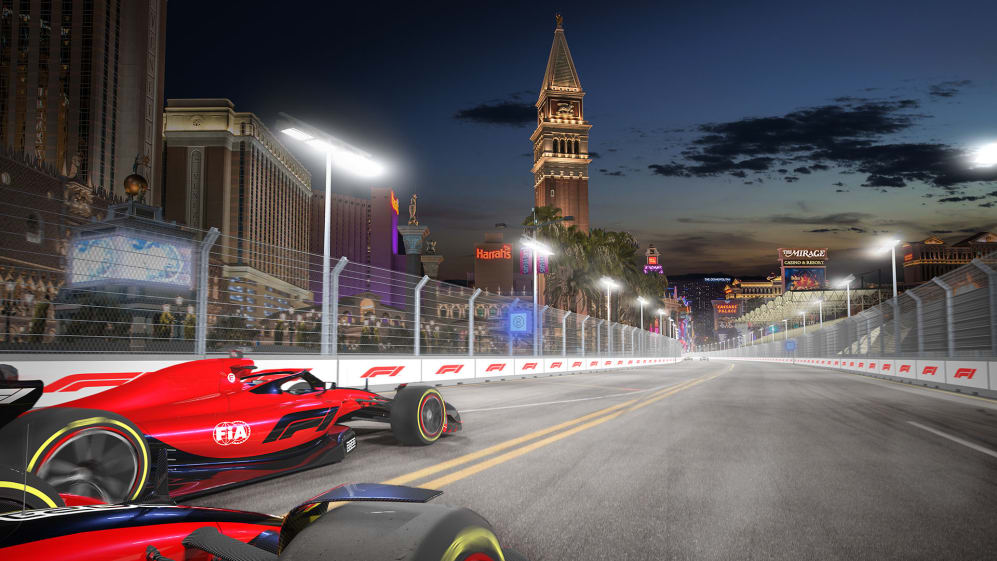 Low downforce Monza/Spa-spec aerodynamic packages will be required for the 6.12km track


Three is not a crowd​

Las Vegas will become the third race in the United States on the 2023 calendar, joining Miami and Austin. Each brings their own individual flavour.
Austin’s Circuit of The Americas is the only one of the three that is a permanent racing facility. It features huge elevation change throughout and borrows some of the best bits from other circuits around the world to promote great racing.
LIVESTREAM: Watch as the Las Vegas Grand Prix is announced for 2023
Miami joins F1 in 2022 with an epic street circuit that will circumnavigate the Hard Rock Stadium – home to the Miami Dolphins. It’ll have a permanent feel despite being a temporary track, and has been designed with overtaking in mind.
And now we will have Las Vegas, one of the most iconic cities on the globe, a place that knows how to entertain and deliver world-class hospitality – and with a race set to run on one of the world’s most famous pieces of road.
Click to expand...

Lol I guess I'm just excited to (hopefully) watch it in person without having to leave town
stick? yes. stock? no.
B

MonkeyMD said:
I know these high profile locations are good for making a big splash with celebrities etc, but would rather have races at more established tracks like Laguna, Sebring, Watkins
Click to expand...

Those tracks don't have enough capacity, amenities, or proper surfaces (looking at you Watkins.) The fact is that current F1 wants to pack a ton of people into expensive seats and let a few of us into GA. The fact that ratty old tracks like Silverstone, in the middle of nowhere and lacking all kinds of amenities still survive is surprising and I suspect this new rash of tracks will force out older tracks like Silverstone, Hockenheim and from rumors, maybe even Monaco, but that would be asinine.

bentin said:
Those tracks don't have enough capacity, amenities, or proper surfaces (looking at you Watkins.) The fact is that current F1 wants to pack a ton of people into expensive seats and let a few of us into GA. The fact that ratty old tracks like Silverstone, in the middle of nowhere and lacking all kinds of amenities still survive is surprising and I suspect this new rash of tracks will force out older tracks like Silverstone, Hockenheim and from rumors, maybe even Monaco, but that would be asinine.
Click to expand...

No chance Monaco gets pushed out. Especially when you consider the history and the fact that the F1 lifestyle is Monaco. Also Ferrari has a monegasques driver. Silverstone is the British GP and a british company is never going to drop that. Hockenheim could be in danger, though if it was me if I'd say drop a city circuit if you're adding another.

I don't like that they're adding more and more city tracks. Sure the race is exciting in the sense that the smallest mistake means a driver is knocked out, but it also becomes the only way positions change. The tracks don't tend to offer to lot of opportunities to pass. I just hope this isn't going to affect COTA in the future, we always have a blast going to Austin for the race weekend.

All this being said, the S/O and I have already reached out in regards to getting tickets for Vegas. We're still kicking ourselves for passing on them when we were offered pre-sale for Miami.

I wonder if Sochi is coming back
B

dtfd said:
I wonder if Sochi is coming back
Click to expand...