dorn101 said:
I think that should be like the 2nd "golden rule" people teach their kids. :thumbsup:
Click to expand...

Or better yet we should teach our children how to discuss that, and other topics, openly and without ignorance. Thereby allowing fora a free flow of talk, understanding, and knowledge. :thumbsup:

drwzer;1445164 said:
It's funny, so many ppl wax poetic about how much more control they have driving a manual rather than dsg, then all they do is coast in neutral.
Click to expand...

Khobin~ said:
Or better yet we should teach our children how to discuss that, and other topics, openly and without ignorance. Thereby allowing fora a free flow of talk, understanding, and knowledge. :thumbsup:

Seriously, everyone is entitled to their own view. We can try to convince each other to change each others' minds, but at the end of the day what your political standing is doesn't bother me. I just like to know why people think what they do, and to share what I think as well. Like I said before, one of my best friends is a raging liberal whereas I'm fairly conservative. We can talk about politics without a problem, because we both understand that you have the inherent freedom to choose your own views. 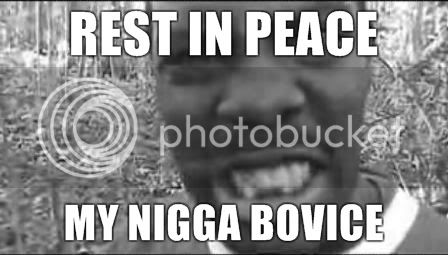 Lucidity said:
I don't get why political discussions are being treaty any differently than any other topic that gets heated and messy. I know you guys are trying to keep the site clean, but you could also just create another section for it, with a disclaimer just as like the versus section.

At the same time I am kind of seeing things your way now. Some will come with evidence and a viewpoint, others just come with blinders and an extreme bias. I would even go as far as to say hatred for the other viewpoint. At this point I'm not sure what is worse, not being able to speak your mind, or having to put up with the people that get in the way of an actual discussion.

Expect to see a crap load of reported posts from me, from now on.
Click to expand...

Khobin~ said:
Or better yet we should teach our children how to discuss that, and other topics, openly and without ignorance. Thereby allowing fora a free flow of talk, understanding, and knowledge. :thumbsup:

im sorry, this whole no politics thing is weak. that's the point of an off-topic forum.

but people start getting mad and insulting each other and it just causes members to dislike each other (like the vs forum).

i think we just need to have a section for politics with no insults allowed. it pisses me off that most people i talk to either say to one another "YOU MARXIST!" or "YOU'RE VOTING BUSH AGAIN?!"

god forbid people can talk about politics in a civilized manner

i see that viewpoint, but cmon (this isn't directed at you, but just in general)...when does any sensitive topic NOT turn into a mud flinging fest around here? i know i'm guilty of it.

i don't think it's that sensitive. you're just discussing your political opinions. big deal. part of being an american is being accepting of others lifestyles and views.

yea well this is not America... its a car forum and that is all it should be
/thread

meh, it's a car forum that shows ass and titties but can't talk about our next president.

normally yes, but with how screwed up everything is right now...gonna have to go with no.

Rabbit GTI said:
...gonna have to go with no.
Click to expand...