Does anyone know when the new updates are coming?
M

So far this is what we know: Fact:
Cars built before week 48 and recieved a couple weeks ago have software 1666
Cars built after week 48 some have software of 1788.
There is also talks of a 1668 but at this stage talk is useless

Also from build week 48 they updated the Discovery control unit so for the pro we now have 816D instead of B while the Discovery media is now 820D instead of same 816B.
Alao those that have the new discovery media with sw 1788 can display maps on the AID but not on both.. January should be the month for sw updates but still its just chatter. 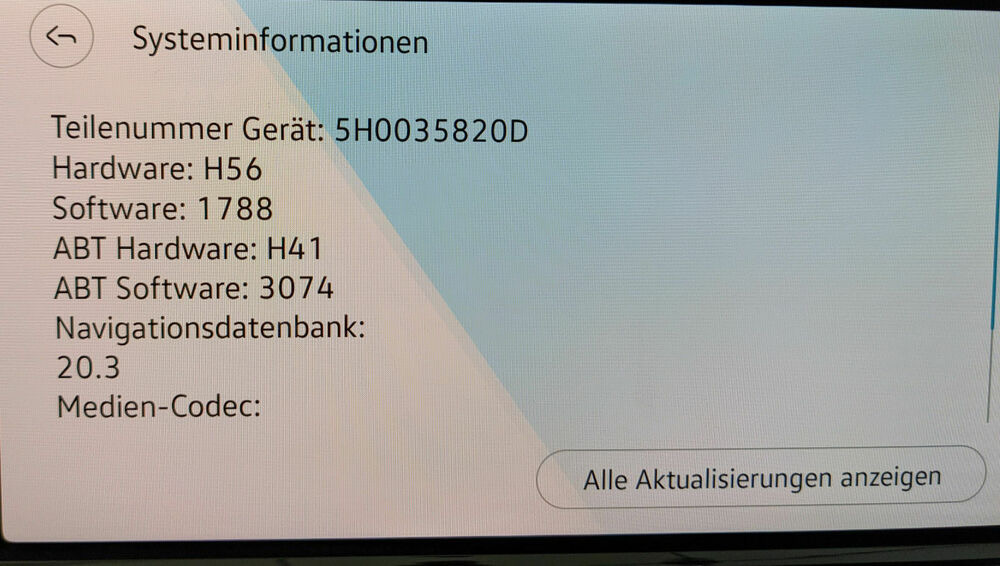 if this software applies to older units we dont know. Also the discovey pro 816D has the 1788 sw also.
M

Do these software updates automatically download themselves? I did tap the onscreen update ‘button‘ today but got bored waiting for the ‘spinning’ icon to stop.
M

Remember that these are so called major updates and can only be done at VW because they update the software of all the control units in the car.
The minor updates happen online but thay are just for navigation and shop function.
M

Thanks for that Massimo 2323. Will the dealer contact me about updates or do I have to contact them?
I guess you have collected your new eHybrid by now and trust it’s as good as anticipated. I would suggest that you don’t get too hung up about the Guess O Meter (GOM) battery range display especially this time of year. Batteries don’t like cold weather and heating in electric driving mode will decrease the range. I know someone with a Tesla Model 3 Long Range. Should do over 300 miles but struggles to do 200 miles this time of year.
The future is partially electric!!!!
M

No i havent collected it yet as it is reg 2021 so need to wait a few more days ... but now we are in total lockdown so dont know if i will be able to get it ...

Talking to friends in Germany that have the eHybrid , at 0 degrees they can do from 45 to 55 km full charge with heating on.
Normally major updates are done when there are problems with the car so going to VW just to ask for an update might not work..
P

Taken from Another site with link to german arcticle, translated about the software. BTW, i have had a etsi 150 life since before the lockdown last march and only problem i have had is SOS button update at dealers.

The automobile manufacturer Volkswagen is considering calling all models of the Golf VIII delivered to the workshop. According to information from the F.A.Z. heard from business circles. The latest version of the bestseller has to struggle with considerable problems in the software control for the infotainment system. Again and again there are total failures of the navigation or other displays on the screen in the middle of the cockpit.

Most recently, the F.A.Z. reported a system failure in a driving report on the Golf GTE. The infotainment only recovers after hours of waiting, provided the vehicle is parked and the ignition is switched off. Volkswagen has identified a control unit that is said to be responsible for the apparently massive errors. It should now be exchanged, and a software update should also be installed.

Internally, the working time is estimated at around 5 hours. Customers are to be offered a replacement car for the time they are in the workshop. In addition, VW wants to advertise the acceptance of the service offer with vouchers for an inspection or another smaller service. Because the measure is not an official recall ordered by the Federal Motor Transport Authority, but a voluntary measure by Volkswagen. What is reportedly not or cannot be changed as part of the repair is the unfortunate circumstance that the touch-sensitive bar for adjusting the radio volume and the air conditioning is not illuminated at night and is therefore virtually inoperable.

The subsequent installation of lighting seems to be technically impossible or too expensive. Customers are to be informed of the measure by letter in the next few days. It was not initially possible to find out how much money Volkswagen would have to spend on this.
M

That makes for interesting reading. I don’t know if this is connected to the same software issue but I have an ongoing problem with the central locking. Been to dealer twice because the door doesn’t open with just putting hand on door handle. They didn’t sort it on the first visit but they did on the second. Apparently they did a software update but now the issue has returned. How can that be? Can software say to itself “Bugger this, I’m going back to my pre update setting”. Makes no sense.
M

Golf 8 Recall
VW is recalling all the Golf 8 produced from 2019 to 20 July 2020 (week build 29) with software upgrade and for some change of infotainment control unit.
Recall code is 97EH
56000 cars are affected by the recall campaign.
To check the week build number look for this label: 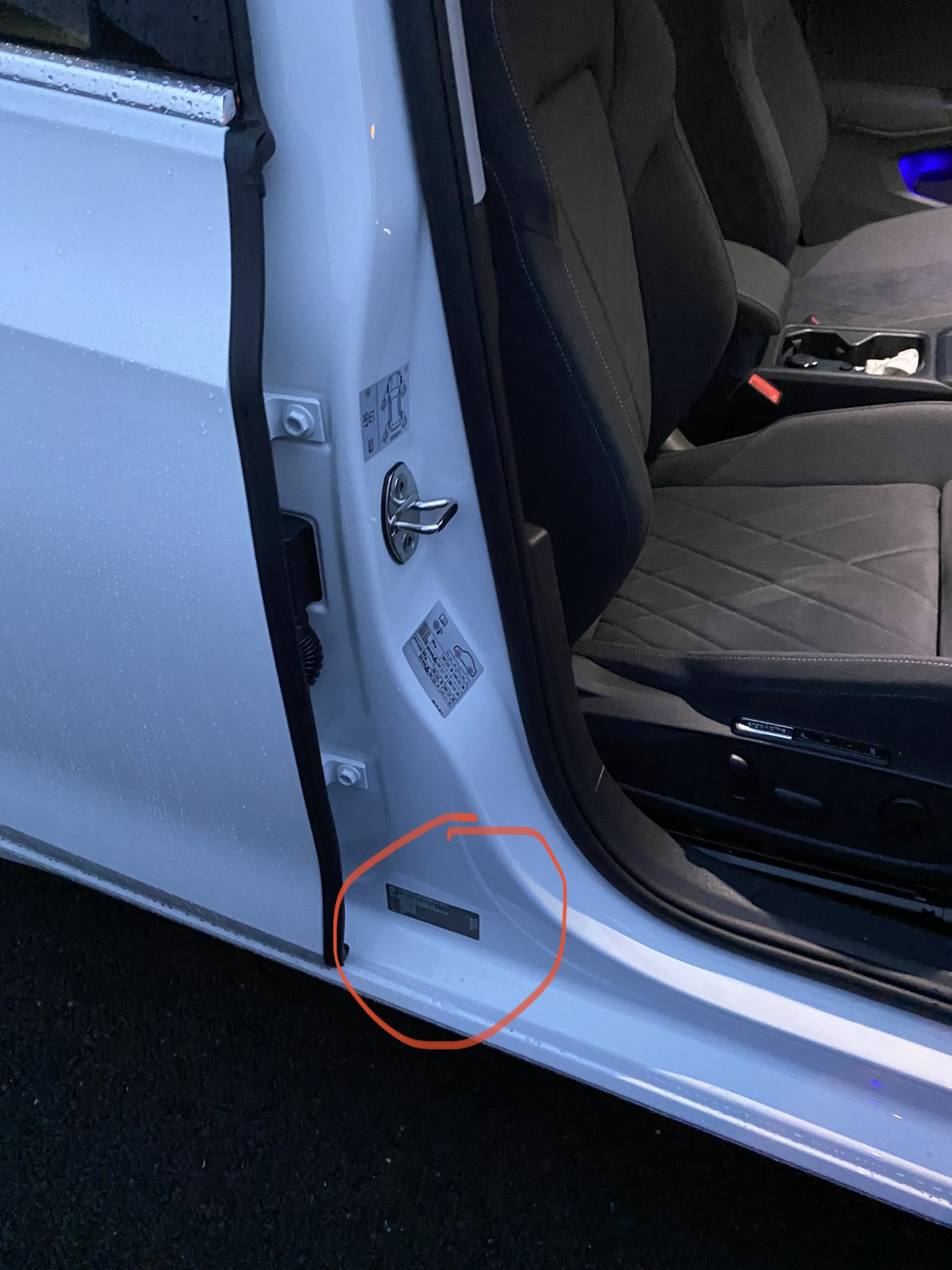 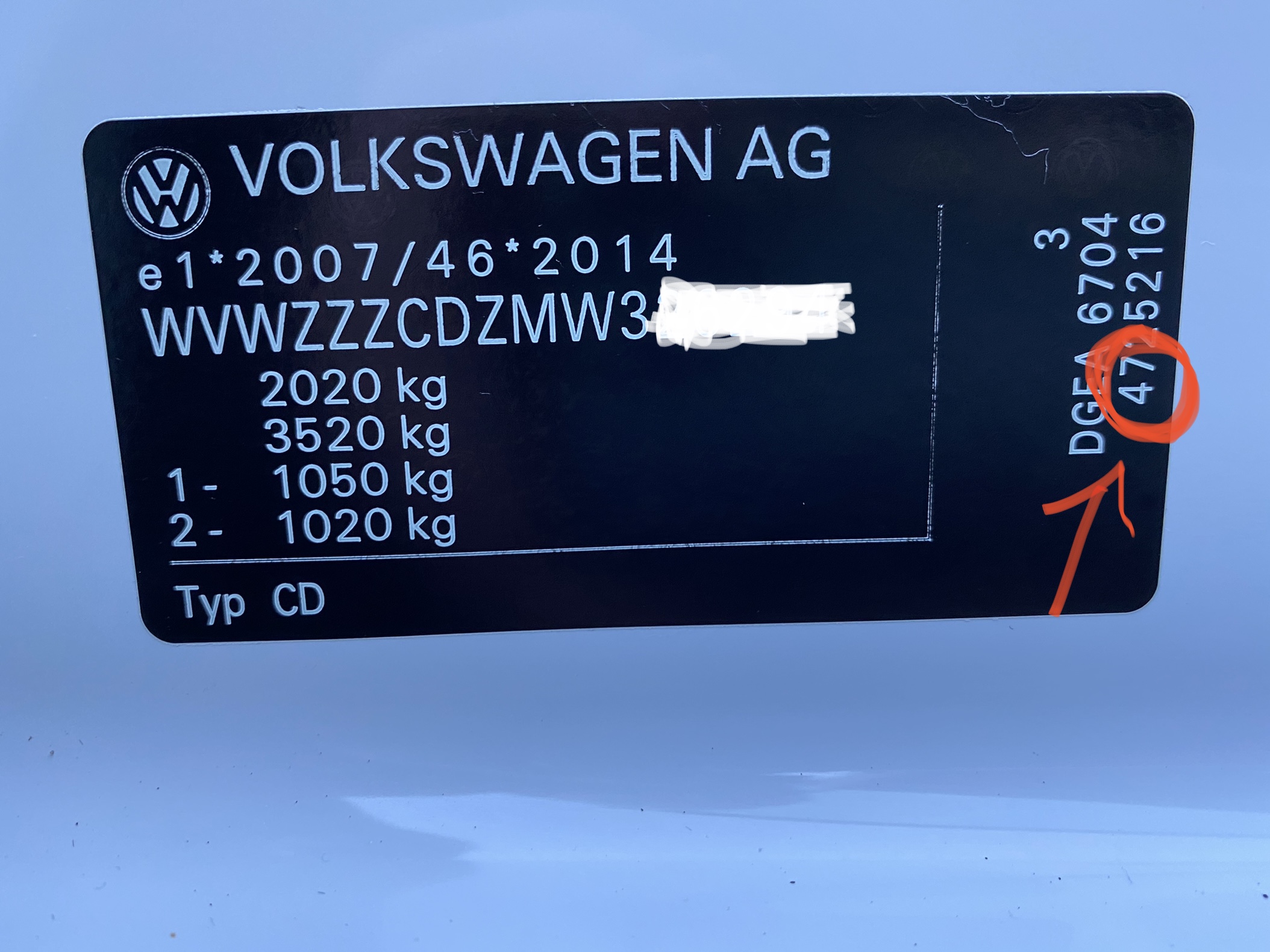 That number is your week build.
M

Massimo2323 today I ran out of windscreen wash. No warning light, no buzzer. Do you think it’s a software issue or has a electrical connection spade fallen off?
T