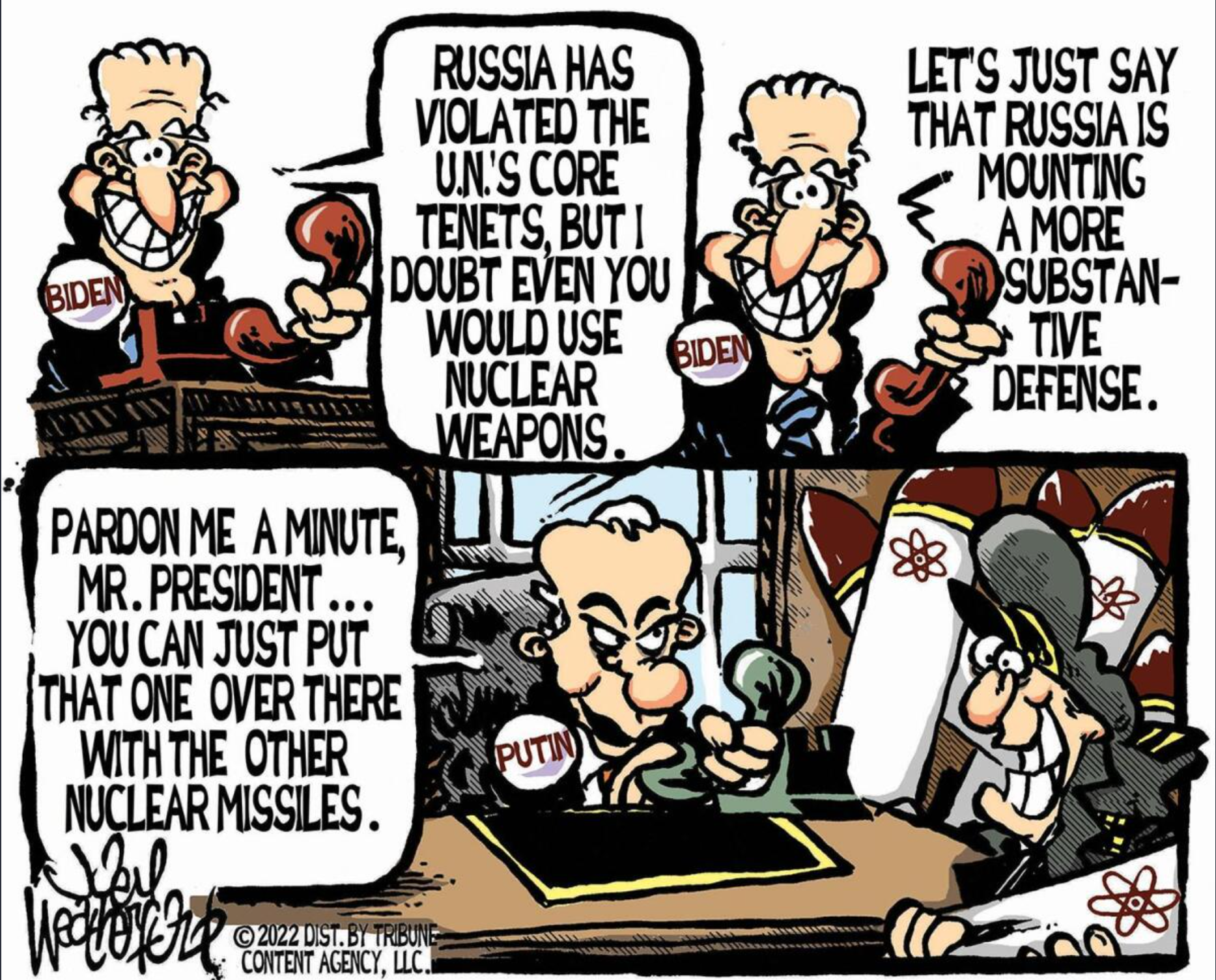 Russian Troops Stole The Body Of Catherine The Great's Lover From His Tomb In Ukraine (msn.com)

Trained by Moscow and NATO and hardened in Donbas: The generals who ouftoxed Putin’s forces in Ukraine (msn.com)

Italy PM: It 'changes very little' if Poland blast was not due to Russia (msn.com)

Russia denies attacking Kiev and denies involvement in the launch of the projectile that hit Poland (msn.com)

The Missile Hit on Poland Shows the Heightened Risk of Escalation (msn.com)

Missile Blast in Poland Risked Russia-NATO Clash Before Both Sides Dialed Back (msn.com)

Zelenski insists that the downed missile in Poland is not Ukrainian despite the version of his partners (msn.com)

Vladimir Putin reportedly has a back-up plan to escape to Africa: Here's what we know about the claims (msn.com)

At least one killed and seven wounded in new Russian attack on Donetsk (msn.com)

cb1111 said:
Russian Troops Stole The Body Of Catherine The Great's Lover From His Tomb In Ukraine (msn.com)
Click to expand...

Yeah - weird. But then again, Russians will steal anything and everything
When in trouble - obfuscate

Don't read the below post until tomorrow night. I have an event.

After big losses in Ukraine, Putin skipped an awkward global summit and has been conspicuously quiet about the war (msn.com)

U.S. to support Ukraine 'for as long as it takes' against Russia -Pentagon (msn.com)

EU-27 ambassadors underline EU’s firmness and unity in the face of the Polish incident (msn.com)

US and Russia clash over responsibility for missile strike (msn.com)

What Really Caused the Missile Explosion in Poland (msn.com)

MeltedSolid said:
I never thought it was intentional. They're disorganized enough I could see it happening on accident. I'm glad they haven't worked up the nerve to cross that boundary yet, and hopefully they never will. It's the only reason I'm not anxious about impending nuclear war.
Click to expand...

Anything is possible, but it was too far off course for that to likely have come from Russia - intentional or not. People aren't giving their military capabilities enough credit because they're losing against a country that was given billions of dollars worth of weaponry. 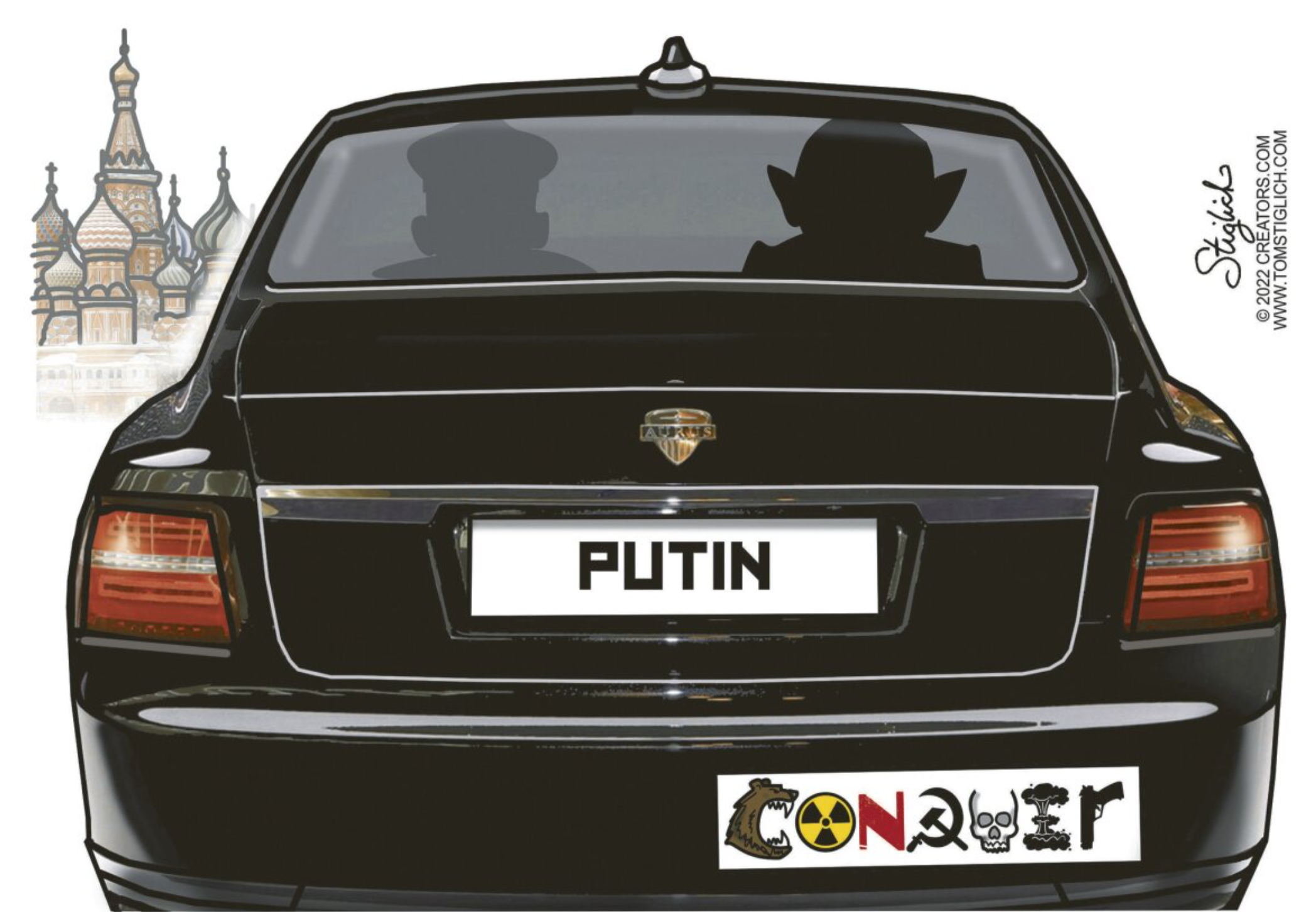 Exclusive: Ex-Russian spy flees to the NATO country that captured him, delivering another embarrassing blow to Moscow (msn.com)

Kharkiv won by civilians-turned soldier in major victory for Ukraine in war of ‘good and evil’: top brass (msn.com)

How Was Russia Able to Launch Its Biggest Aerial Attack on Ukraine? (msn.com)

Man says Russia tortured him for 10 days for taking photos of destroyed tanks and sending them to Ukraine's army (msn.com)

Vladimir Putin critic's fatal fall in the US: Mystery continues as case has been closed inconclusively (msn.com) 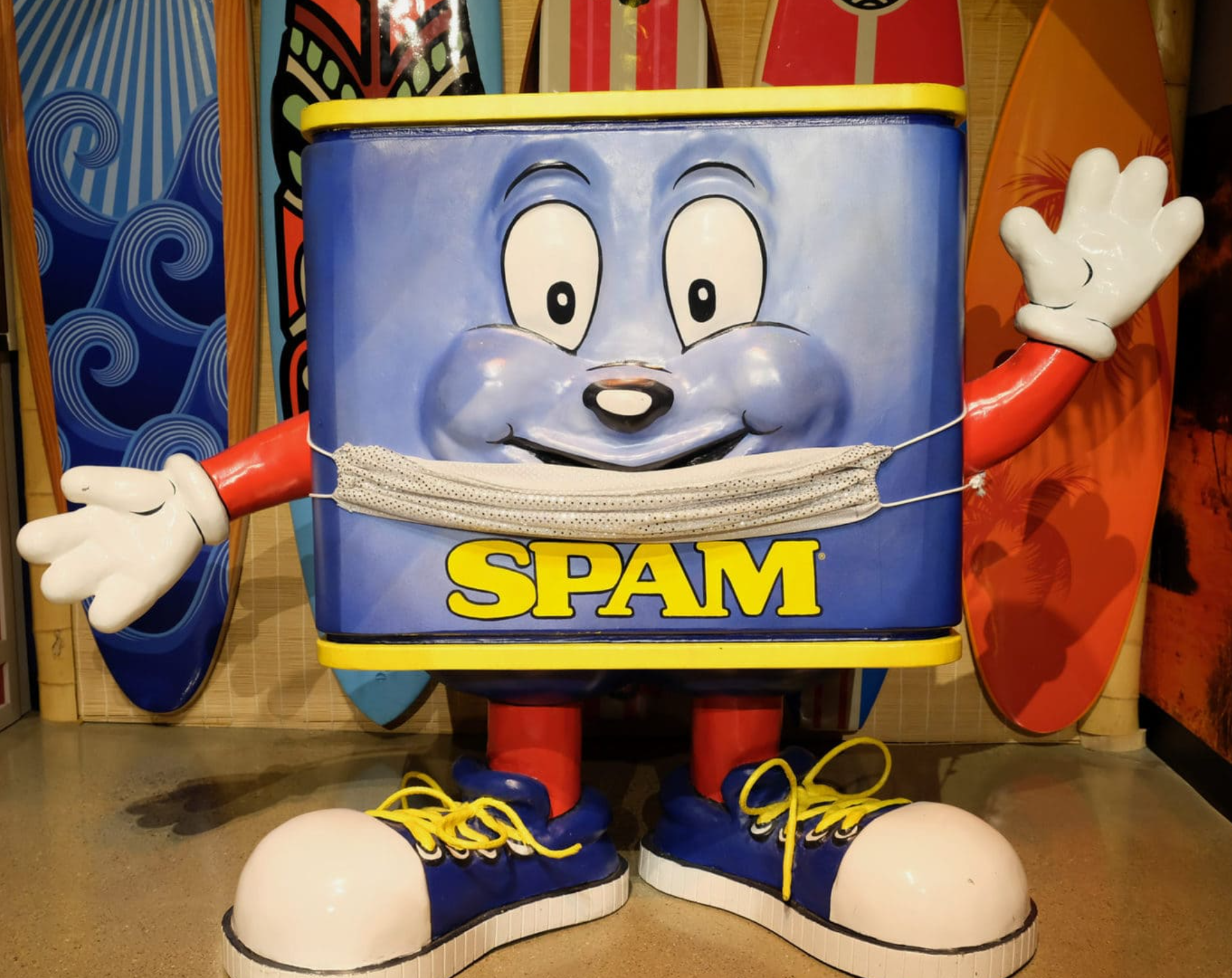 Russian TV Calls for 'Hurting' U.S., U.K. Territory With Direct Deterrence (msn.com) So much for Ukraine trying to suck in the west. Looks to me as if the Soviets are trying to do that.

Ukrainian deputy defense minister estimates that the offensive in Crimea could take place by the end of December (msn.com)

Russian invasion could be over by Spring, says Ukrainian minister (msn.com)

Russia Saturday blasted Warsaw's refusal to allow Foreign Minister Sergei Lavrov to attend a meeting next month of the Organization for Security and Co-operation in Europe as "unprecedented and provocative". (msn.com)

Ukraine denounces the impact of a Russian nuclear missile with a dummy nuclear warhead (msn.com)

Putin goes relatively silent on Ukraine war: ‘If he lost somewhere, first, it’s untrue, — and, second, it wasn’t him’ (msn.com)

Polish PM: If we do not support Ukraine, war will come to us. (msn.com)

Russia agrees with Iran to manufacture Iranian drones on Russian soil, according to ‘The Washington Post’. (msn.com)

Russian chess legend says war in Ukraine is a 'battle between freedom and tyranny' (msn.com)

How Close Are We to Nuclear War? (msn.com)

All of Russia's neighbours are in danger, Latvian military chief says (msn.com)

Austin warns Russian war on Ukraine could lead to a ‘dangerous spiral of nuclear proliferation’ (msn.com)

What Videos of Russia’s Destroyed Weapons Tell Us About Its Strategy | Watch (msn.com)

Kyiv troops could be in Crimea by CHRISTMAS and Russian invasion over by spring: top Zelensky aide (msn.com)

Ukraine accuses Russia of stealing even bicycles from the population (msn.com)

On GPS: Should the West give Putin an off-ramp? | Watch (msn.com)

Russian Politician Says Strikes on Ukraine Are Fueled by 'Holy Hatred' (msn.com)
When in trouble - obfuscate

Discuss https://cepa.org/article/its-costing-peanuts-for-the-us-to-defeat-russia/
When in trouble - obfuscate

Been saying this the whole time.

We are wrecking the Russian war fighting capability and economy without risking American lives, wounds, etc. 2004 Iraq War cost the US taxpayer more than double what we have into Ukraine so far, and that is not counting the back-side costs for VA benefits stemming directly from sending our troops in.

Additionally, the weapon systems we are providing are propping up some of our own industries to supply Ukrainian needs, and replenish our stocks. Let’s not forget that the DoD disposes of a fuck-ton of unused munitions every year due to age, now we are selling it off.

We’ve provided Ukraine 200 M113 APCs, as part of those spending packages, but these are sunk costs. These APCs have been out of service for a decade and stored at Sierra Army Depot because it cost more to scrap than to mothball. This has opened up allocations for new vehicles to replace those past their lifecycle/usefulness for US doctrine. This is boosting orders domestically, creating jobs.

Meanwhile Ukraine is wrecking shop on Russian stores to the point they are dusting knocking the rust off T62s and BMP1s, because they are running dry on anything made after 1970. As pointed out in the article, this is grossly weakening one of our largest adversaries to the point of ruin, maybe beyond.

I am fully supporting past and future spending on this project. It’s a massive win-win program.

Not to mention that we are most likely finding out more about Russian strategies and capabilities than has been possible in recent times. Ukraine is utilizing new tech on a scalable level and I’m fairly certain we’d at least be learning from this as well, if not assisting. Also, we are truly seeing who is allied with who.

I do think that it’s possible for China to take advantage of the situation by making moves to take control over Taiwan, as we aren’t in a good position to help defend the Taiwanese. I hope they don’t take any action.

Superfreak said:
Not to mention that we are most likely finding out more about Russian strategies and capabilities than has been possible in recent times. Ukraine is utilizing new tech on a scalable level and I’m fairly certain we’d at least be learning from this as well, if not assisting. Also, we are truly seeing who is allied with who.

I do think that it’s possible for China to take advantage of the situation by making moves to take control over Taiwan, as we aren’t in a good position to help defend the Taiwanese. I hope they don’t take any action.
Click to expand...

The Chinese would be extremely foolish to take action against Taiwan now. They have a choice - stay part of the civilized world or join the axis of evil (Russia, NK, Iran). I suspect that they are waiting to see how it works out with Russia.
When in trouble - obfuscate

Superfreak said:
Not to mention that we are most likely finding out more about Russian strategies and capabilities than has been possible in recent times. Ukraine is utilizing new tech on a scalable level and I’m fairly certain we’d at least be learning from this as well, if not assisting. Also, we are truly seeing who is allied with who.

I do think that it’s possible for China to take advantage of the situation by making moves to take control over Taiwan, as we aren’t in a good position to help defend the Taiwanese. I hope they don’t take any action.
Click to expand...

FWIW, the Russians are playing right out of the same exact doctrine I trained on in the 90s.


As for our capabilities… what we are shipping to Ukraine is but a drop in the bucket.

And I've still got this guy hanging in my garage

When in trouble - obfuscate 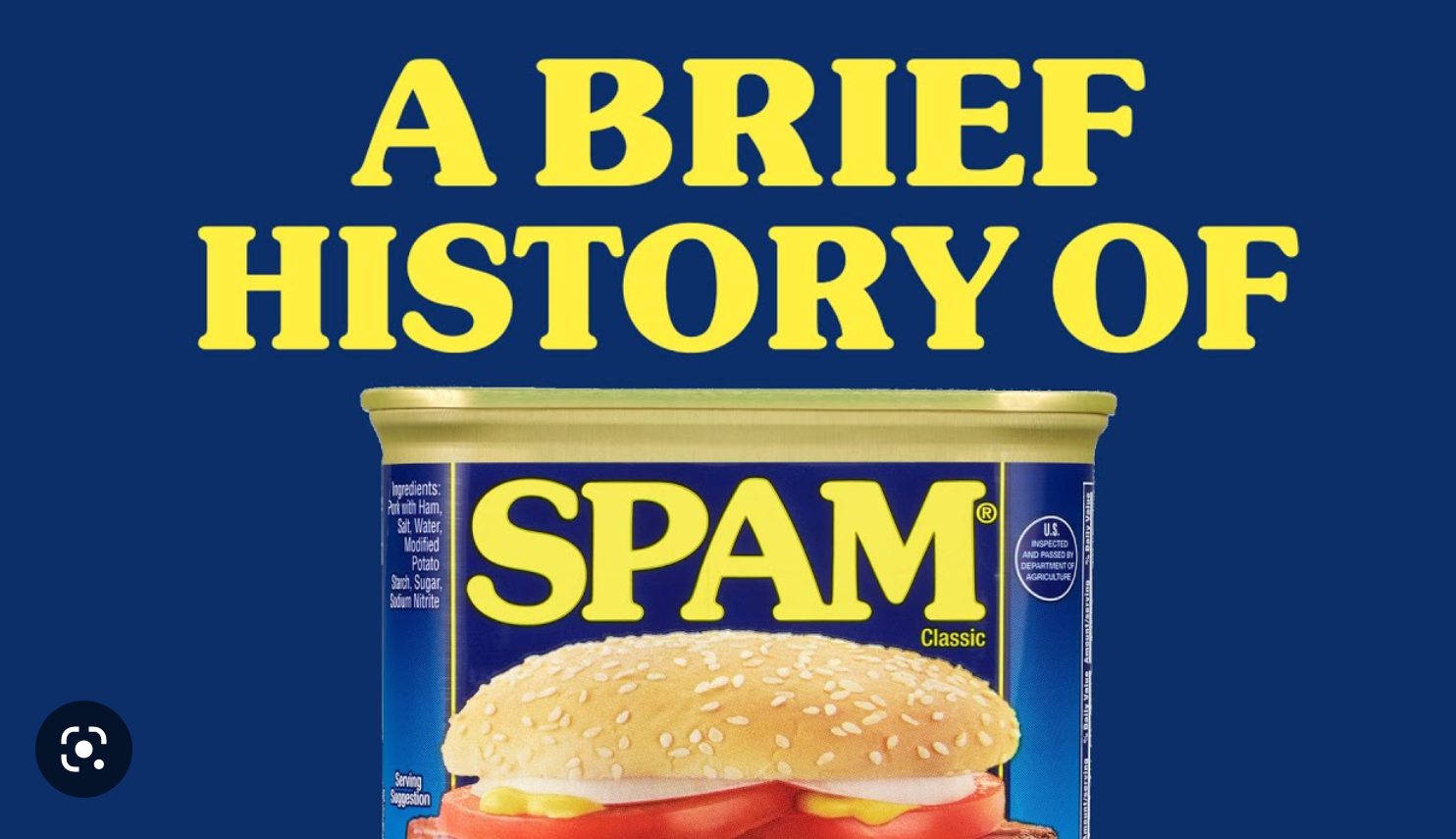 The Village Of Pavlivka Is A ‘Furnace’ Burning Up Russian Marine Brigades (msn.com)

Russia TV guest loses it at Solovyov as he dismantles threat to wipe out Kharkiv and Kyiv (msn.com)

The wife of a Russian soldier says she gave her TV away because the war in Ukraine was making her 'aggressive' (msn.com)

US approves arms sales to Switzerland, Lithuania and Belgium (defensenews.com)

Ukraine Is Getting Nervous About Elon Musk - Defense One

Could Ukraine Retake Crimea? Not Easily - Defense One

Kahl to Gulf states: Why work with Russia when it is funding Iran? - Breaking Defense

Russia’s invasion of Ukraine could start a race for nukes, Austin says - POLITICO

Ukrainian forces ‘destroying the potential of the occupiers’ in the south, says Zelensky as battles rage in Donbas (msn.com)

Russian Conscripts Have 'No Clue What to Do' in Ukraine: Soldier's Wife (msn.com)

The Kremlin contenders who could replace Vladimir Putin (msn.com)

Equipped with rusty guns to fight each other… “Fear Force” deployed by backwater Russian army (msn.com)

Ukraine opens a new front on the Dnipro to threaten Moscow’s rearguard (msn.com)

How Sending Aid to Ukraine is Saving the U.S. Billions of Dollars (msn.com) We discussed this already

From KGB agent to leader of Russia: This is the life of Vladimir Putin (msn.com)

Russians fighting for Ukraine: the men that choose to battle against the motherland (msn.com)

Putin's massive mistake: Lawrence Freedman on Ukraine and the lessons of history (msn.com)